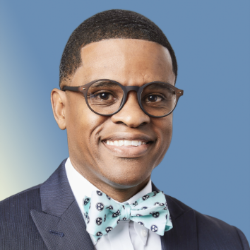 Dr. Marlon King, a transformational leader in the state of Tennessee, became superintendent of Jackson-Madison County School System in July 2020. Born and raised in rural West Tennessee where he attended public schools, Dr. King has given back over two decades of uninterrupted service and commitment to improving public schools. His career trajectory is unique amongst educators in Tennessee because of his wide-range of experiences that encompass being a teacher (Shelby County Schools - legacy), principal (Fayette County Schools), superintendent (Haywood, Fayette, and Jackson-Madison Counties), and an executive director (Tennessee Department of Education), all in Tennessee. Dr. King has a proven record in improving many of Tennessee’s toughest schools and districts. He has built a reputation of turning schools around by promoting strong literacy programs with fidelity, recruiting and training school leaders, setting and expecting high standards for all, garnering community support and deep engagement, and managing fiscal services through a business-leader lens. Under his leadership in both Haywood and Fayette school districts, graduation rates surpassed the state’s benchmark, ACT scores increased steadily, and based on the state’s accountability system, both districts moved from a Level 1 overall composite to achieving a Level 5 overall composite; these are just a few of his many achievements. Within a short amount of time serving as superintendent of JMCSS, Dr. King has worked with his leadership team to bring in over $8 million in revenue while decreasing expenditures right at $3.5 million. King has begun working with the school board around a five-year Strategic Plan that includes the implementation of a new CyberSchool (JASA - Jackson Academic STEAM Academy) where families are being offered more choices for student-learning. One of King’s priorities was to build the community’s trust through transparency and ongoing communication. Currently, the launch of the Superintendent’s Chronicle has been a vehicle to support King’s goals around transparency and effective communication. Dr. King serves on several boards and councils throughout the state including TOSS (Tennessee Organization of School Superintendents), LIFT (Leading Innovation for Tennessee), IEI (Institute for Education Innovation and many more. A graduate of the University of Mississippi, Dr. King and his wife, a middle school teacher, and their son, a student in JMCSS, reside in Jackson, Tennessee.

Search
We weren't able to find anything that matched your search criteria. Please try a new search.
Copyright © 2002-2022 Blackboard, Inc. All rights reserved.