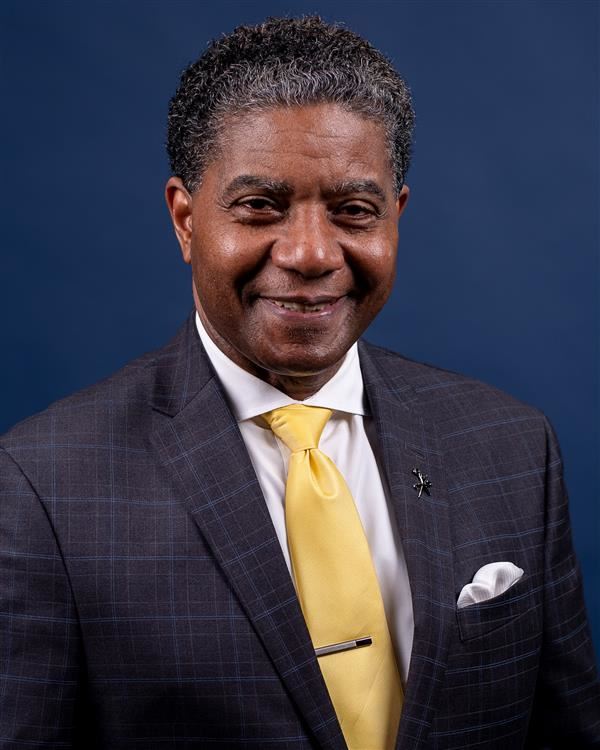 James 'Pete' Johnson was born and raised in Madison County by parents who knew the value of education and had the expectation that all eight of their children graduate from high school and beyond. He is a product of JMCSS, attending Denmark Elementary, West Junior High, and West Sr. High School along with all his siblings and children. He graduated and received a Bachelor's degree of Business Administration from Lambuth College and an MBA from Union University.

James currently works for CORECIVIC in Whiteville, TN as the Business Manager, and previously worked for Jackson Energy Authority as Manager of Purchasing and Stores along with coordinating the Local Small Business Diversity Program for twelve years.

Mr. Johnson attends the New St. Luke Missionary Baptist Church and serves on the Board of Deacons and as a Sunday School teacher. 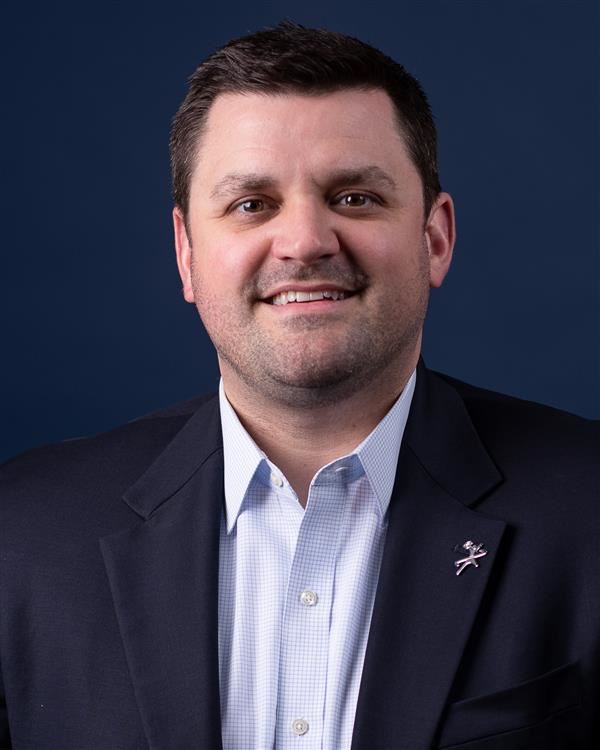 School Board Vice Chairman and Parliamentarian

Jackson-Madison County School System product AJ Massey has established deep roots in West Tennessee. The son of a JMCSS teacher and coach, AJ graduated from Jackson Central-Merry High School where he received “the highest form of education in both academics and life.” AJ played football at the University of Mississippi and later received his Bachelor of Science in Business Administration from Union University. AJ worked for Northwestern Mutual before beginning his banking career at Regions Bank, later at Leaders Credit Union, and currently in a Vice Presidents role at The Bank of Jackson. He received his Masters of Business Administration from Union University in May 2014.

AJ is an alumnus of the Leadership Jackson class of 2009 and was awarded the COPE Award in 2015 followed by the Distinguished Leadership Award from the Association of Leadership Programs. AJ was named one of Jackson’s Finest Young Professionals by the Cystic Fibrosis Foundation in 2011 and was recognized in the first class of The Jackson Sun’s Forty Under 40. He is an active member of the Exchange Club and Jackson Young Professionals.

He serves on the board of directors for Madison County CASA, The Exchange Club Carl Perkins Center for the Prevention of Child Abuse, and The Boys and Girls Club of Jackson. He is a founding member of the Boys-To-Men mentoring program at Arlington Elementary. He is a deacon and active member of Englewood Baptist Church. When he is not serving his clients and his community, AJ enjoys fishing, woodworking, reading, and cheering on the Cubs and Rebels. AJ has been married to Lauren, his middle school sweetheart, for 13 years. They have a son, Brooks, and a rescue Springer Spaniel, Millie. 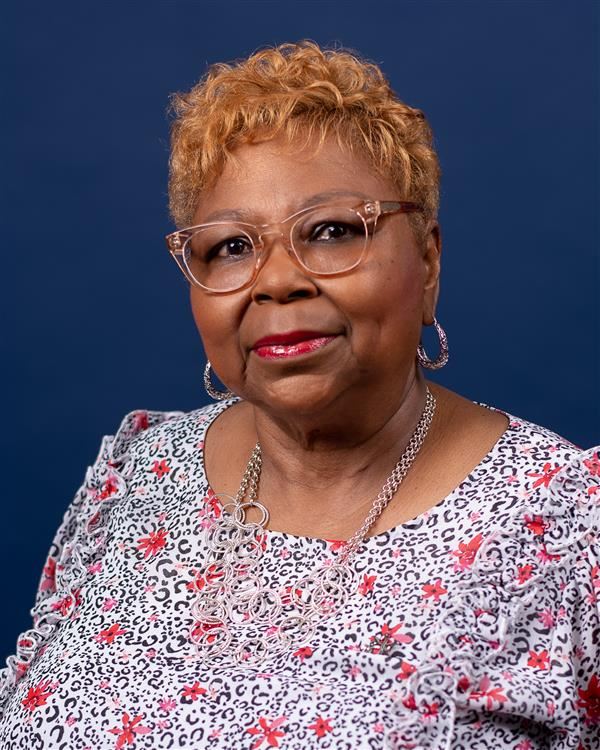 Dorothy "Doris" Black is a retired public school teacher with over 38 years experience. Her background includes classroom teaching, teacher coaching and mentoring, new teacher Induction, and administration. She was voted "Teacher Of The Year" twice during her career serving in Arkansas and Wisconsin. She has two sisters who are career teachers as well as her parents who also served as principals. As a widow, Doris has one daughter, Katrina, who is married and also lives in Jackson. She has had ties to Jackson for many years, and became very attentive and familiar with the Vision 2020 process. She feels her passion and her calling is local public education.

André Darnell is a second-generation native of Jackson, Tennessee. After graduating from Jackson Central-Merry, he graduated from the ITT Technical Institute in Memphis before going on to a career in supply chain operations, project management, and procurement. Currently, he is working on his bachelor’s degree in business from Lane College and he was recently awarded the 2019-20 Volunteer Center for Rural Development’s McWherter Scholars Award, after being nominated by Dr. Logan Hampton, President of Lane College.

As a native of Jackson, André understands the plights of students, schools, and staff in our community. He never ceases to speak up for the people when necessary. He is a co-founder of the I AM JCM Coalition, an organization dedicated to helping students and staff at JCM Early College High, which developed out of his desire to help the people of Jackson. The coalition also provides scholarships with funds raised at the annual JCM Alumni Tailgate Fundraiser.

Prior to the closing of the east campus at JCM, André petitioned the former Jackson-Madison County School board to bring the new Early College program from Northside High to the historic Jackson Central-Merry Campus. This petition garnered over 3000 signatures and led to a massive movement in the city that saved and re-branded the school to the new JCM Early College High. With the success of the school, we (as a community) are now discussing plans to renovate the previous east campus.

Amidst Andre’s many engagements and responsibilities, André still makes quality time to be with his beautiful wife of 25 years, Liakita, and raise his three sons in the way of the Lord. He also serves faithfully in his church.

André has the best interest of the students and the entire Jackson-Madison County School System at heart. This is evident in his work, achievements, and plans to ensure that all schools in Jackson are furnished to the best of our ability.

After attending High School, Sherry Franks attended Arkansas State University where she received a B.S. in Marketing and Transportation. Then she attended the University of Phoenix to receive her MBA in International Trade. In addition, she has also completed 62 hours of her PhD from Capella University, which she decided to put on hold due to other commitments.

Through her work history, Franks has been blessed to stay with one company throughout her career. She was hired at C.H. Robinson Worldwide in 1991 as an entry level employee. The company was 800 employees and employee owned. Her first management role fell in 1993 where she moved to Shreveport, LA and opened a startup branch. In 1997 she moved to Robinson's National Sales team working out of Shreveport, LA and in 2001 was promoted to Nation Account Team Director in Memphis. In that position, she coordinated approximately 110 million dollars a year in freight spend for the company.

After almost 20 years, when expecting her third child in 2001, Franks took on the role of stay at home mom. C.H. Robinson was a wonderful opportunity for growth and learning. It was a teaching ground for how to work with people from different diverse backgrounds to get a common goal accomplished. That same hope is what Sherry has for the next 4 years of service on the Jackson-Madison County School Board.

Debbie Massey Gaugh was born and raised in Madison County. She attended and graduated from Madison County public school system. She and her husband, Garey, have owned and operated a construction company for 33 years. They also raised two sons who were educated in this school system. Ms. Gaugh is now employed at Postal Fleet services. 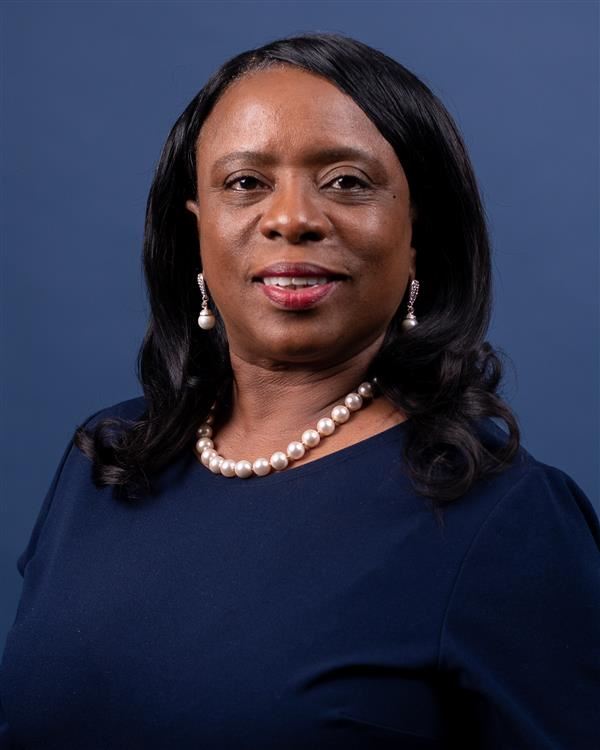 Ms. Janice Hampton was elected to the board in 2012. She is currently in her second term. As for why she first decided to run, Hampton said, "I want to see every student succeed in becoming college, career, and workforce ready."

Hampton served as Vice Chairman of the Board in 2017-2018 and was elected to serve in that role again for 2018-2019. In 2018, she was also elected as an At-Large Member for the Tennessee School Board Association. She has served on several committees within the JMCSS School Board.

Hampton is a product of the district, attending Lincoln, North Parkway Junior High, and Jackson Central-Merry. The same can be said for her siblings, children, grandchildren, and other family members - all students of JMCSS.

Hampton has worked for the Jackson-Madison County Juvenile Court System for more than 24 years. Previously she has taught head start and served as an instructor at Madison Business School and West Tennessee Business College. She holds degrees from Lane College and Freed-Hardeman University. 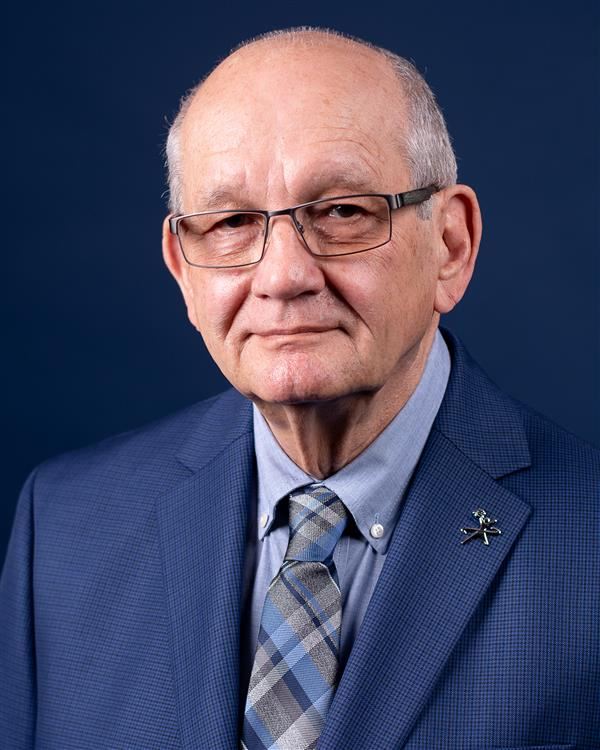 Kenneth Newman is a product of JMCSS, having attended Bemis Elementary, Malesus Elementary, and South Side High School.  He received his B.A. in English, French, and Secondary Education from Union University.  He has a Master’s in Education and a Master’s in English from the University of Memphis.  In 1994, he received his doctorate from the University of Memphis in Curriculum and Instructional Design.

He began his teaching career at North Side High School, moved to East High and Elementary as librarian for one year, and then to West High School as English and French teacher and part-time librarian for the next 22 years.  After Consolidation, he taught English and French at North Side High.  In January of 1996, he became a Middle School Instructional Supervisor and Writing Coordinator for grades K-12.

He retired from the JMCSS in 2000 and began teaching at Union University, where he still teaches.  During his years at Union, in addition to teaching duties, he has served as Director of the M.A.Ed. and Ed.S. and Ed.D. programs.  He teaches graduate secondary methods courses, such as Literacy in the Content Areas and Secondary Methods.  In addition, he mentors job-embedded teachers who are seeking licensure.  In the undergraduate program, he teaches the history methods course, classroom management, and the literacy across the content areas course.  He also supervises history interns.

He attends Englewood Baptist Church, where he has served as a deacon and teaches an adult men’s Sunday School Class.  He is active on the Friends of the Library Board, the Madison County Imagination Library Board, and he is Education Committee Chair for the Jackson-Madison County Bicentennial.  He is a member of the Joseph E. Martin Shakespeare Circle.

He is married to Robbye Hillard Newman, a retired registered nurse, and they have two adult children and four grandchildren, two of whom are currently enrolled in Jackson-Madison County schools.

He is an advocate for public education, is student-centered, and wants “every school to be considered a good school.”  One of his passions is literacy across grade levels.  Having spent 30+ years in the public-school classroom, serving as a supervisor, and being in schools frequently, he knows firsthand what teachers experience on a daily basis, and he wants to be a voice for administrators, teachers and students. 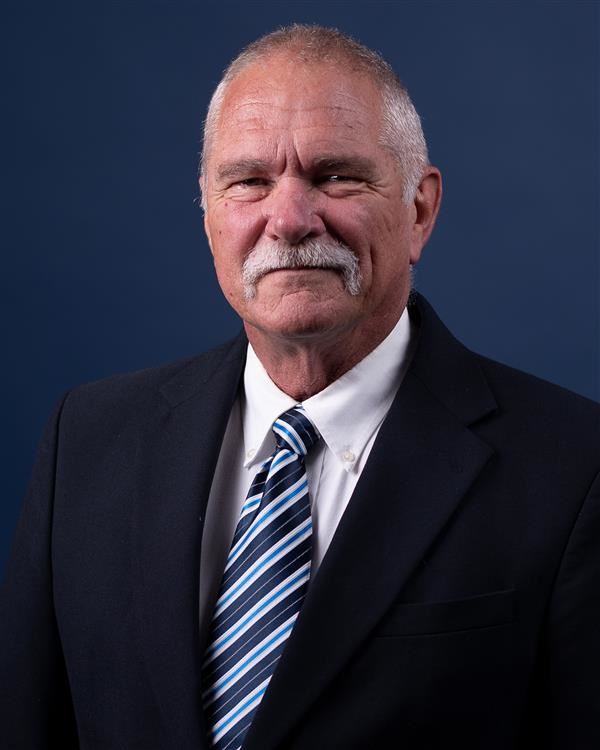 Scott Gatlin has been a full-time educator since 1982. He has worked in Missouri, Arkansas, and in Tennessee, filling the roles of classroom teacher, principal, athletic director, and superintendent. He is currently employed by Youth Town of Tennessee, serving as the principal of George Thomas Junior Academy, the campus school for Youth Town residents. Gatlin has served on several boards, most recently as a member of the Tennessee Secondary Schools Athletic Association (TSSAA) Board of Control. He currently serves as a shepherd at his home church, Skyline Church of Christ. He and his wife, Jamie have two married sons and three grandchildren. He enjoys float camping, fishing, and grilling on his patio with friends and family.