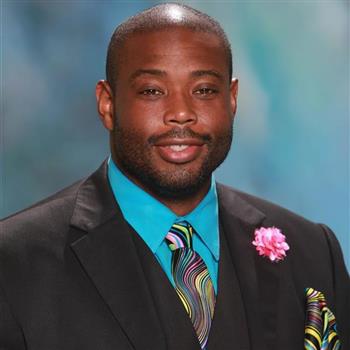 Born in 1979, Shemon Reaves was the third child to Mr. and Mrs. Joe Reaves. Attending intermediate school and high school in Bolivar, Tennessee, he graduated from Bolivar Central High School in 1997. After graduating, he received a basketball scholarship to Dyersburg State Community College, where he majored in secondary education. In 1999, he graduated and received an Associate’s degree.  He received a full-paid basketball scholarship to Christian Brothers University in Memphis, Tennessee. While at CBU, still uncertain about the career path he wanted to pursue, he changed his major to psychology.
​
Shemon experienced two life altering events during his years at CBU. The first was a major back injury that would lead to the end of his basketball career, and the second was the tragic death of his mother. Although he endured these setbacks during a very critical time of his life, he did not lose focus. As a result of his injury, he was able to receive a medical redshirt, which allowed him to graduate with a B.A. in Psychology and a B.A. in Applied Psychology with a minor in business.

After receiving these degrees, Shemon returned to his hometown of Bolivar, Tennessee with the hopes of becoming a basketball coach. In 2002, he was hired at Bolivar Middle School as special education instructor. During his ten years of services at Bolivar Middle school, he served in the capacities of a seventh and eighth grade teacher, alternative educational instructor, interim assistant principal, assistant basketball coach, organizer of a male mentoring organization, and much more. He enrolled in Freed-Hardeman University and received his Master's in Curriculum and Instructions in 2005. In 2011, he accepted a job in Jackson-Madison County at West Middle School as a seventh-grade teacher, head boys' basketball coach, and school-community relations representative.  As a coach, he led the young athletes to the TMSSAA semi-finals. After his first year of service at West Middle School, he accepted the head girls’ basketball coaching position at North Side High School while also becoming the behavioral and academic interventionist.
In 2014, he co-authored a book entitled, "T.E.A.M.33 1/3 The Complete Educational Process." He also returned to Freed-Hardeman University, received his Education Specialist degree and started working towards earning his Doctoral degree. He received his Ed. D. in 2017.  After receiving his Doctoral degree, he decided to go back into the classroom at West Bemis Middle School to teach English. He served as the assistant principal at Arlington Elementary School from 2018 until 2021. He is currently the principal at Arlington Elementary School inspiring our future leaders!